How should we program self-driving cars to react in ethically difficult situations?

This game tries to help answer this question through a global survey.

I had an insight. I discovered not-so-obvious value of "Punish irresponsible behavior" choice. If all self-driving cars will follow this rule, then it will make self-driving cars more predictable. People will know that they are safe as long as they (as pedestrian and drivers of non-autonomous cars) follow rules and their self-driving cars are properly maintained.

Other alternatives (when a car tries to minimize number of victims, or tries to protect some categories of people, like children, at cost of sacrificing other categories of people, like adults, or tries to protect its passangers at all costs) lead to loss of predictability because the car will be OK with harming rules-abiding agents, consequently causing havoc because it calculated that it would, say, save more lives.

For what it's worth, the priority assessment at the end of the "game" seemed pretty accurate to my preferences. Good work!

Who will you kill?

This was a super fun game and I loved the art style and the transitions to each new situation!

Needs more situations. Skewed results from too many factors. One thing this is missing that another of these types of things I saw did is letting you set priorities for each "category" (driver safety, animals over people, etc) at the end (as a way of avoiding skewed results from situation specificity)

Why would people ever choose running over dogs over hitting another car? Small car crashes are much safer. :/

With the way these are set up, "Crash Into Wall" should be an available choice in like, 90% of these.

i love how on the run red light vs hit wall, people still hit the red light, just screw that guy

Well, hitting a car is safer for the "driver" than hitting a wall, and if you don't want to get hit in the intersection, *try not running red lights!*

On the "ambulance overtaking" level, the car that the ambulance is passing should be pulled over, so that's technically punishing irresponsible behavior too

If the ambulance' lights were on, maybe. They aren't though, are they?

The car brakes in all scenarios. It is not about if the car should break or not, it is about if it should change direction if an accident is unavoidable.

I like this a lot. Naturally, there would be other ways to deal with the situations in real life, but it presents a good ethical question for people in how they'd handle the situation, and how the way people handle things heavily depends on the context and different factors going into it. This is an entertaining form of survey, and a genius idea. I wish more surveys were in this format.

Why would people hit dogs?!

Reply
Pixels and Pins4 years ago(+1)

An interesting little proof of concept. Plants a seed for something more complex. 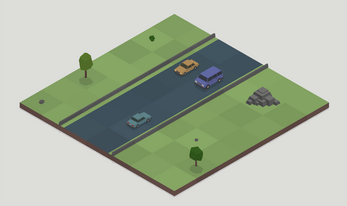 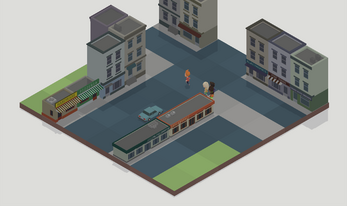 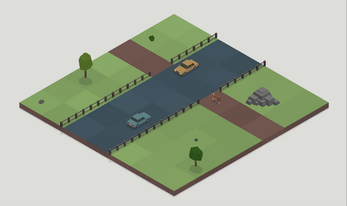